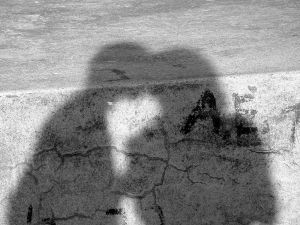 Out of the Shadows : #MeToo

#MeToo is gaining incredible traction as a forum for women who’ve experienced abuse, assault or sexual harassment. The Harvey Weinstein scandal appears to have been the catalyst for this movement. Perhaps it is the tip of the iceberg, whereby a critical mass has been reached of realization of the scope of this insidious problem that exists in all aspects of society. As the unspoken is spoken on mass, that which has been hidden becomes apparent, and permission is attained for those who may be in fear to claim their right to speak out on this theme. This demonstrates the power of belonging in numbers. When the subversive actions of those who have operated in the shadows of collective fear is held into the light of public scrutiny a degree of cleansing is made possible. Those that have perpetrated are forced to feel the consequences of their actions and recognize their own toxicity. Those that have been subject to these toxic behaviours may experience a healthy dose of justice being delivered, potentially providing them with some healing.

With the call from women to voice #MeToo, some men have responded with #HowIWillChange, which calls for “men to share how they will help tackle the culture of sexual harassment”. Perhaps a dialogue has begun between the sexes at an unprecedented level to address these concerns.

If you are have been subject to abuse, assault or sexual harassment it is recommended you seek professional help to support you in the healing of such trauma, which in turn may pave the way for a life less burdened by such experiences.

If you recognize being a potential perpetrator of abuse, assault or sexual harassment it is also advisable you seek professional help to guide you in a process of accountability and transformation.

One reply on “Out of the Shadows : #MeToo”