“Courage is resistance to fear, mastery of fear – not absence of fear.”  – Mark Twain.

With a climate of political and economic uncertainty there appears to be a widespread feeling of fear dominating the mindset of most people. The mainstream media further fans these fears, and seek to hook people in to the drama of global events.

The latest global drama is constantly being played out to a keen audience. The stage is being set for the next scene, and we eagerly wait what will happen next. The script has been written and directed by those in power, but it is the audience who demand that the show must go on. We are hooked to the drama regardless of whether it’s a tragedy or a comedy. 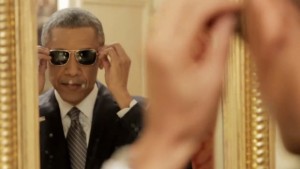 Why do we ‘get off’ on all the drama? Perhaps we are captivated by the drama, as it appears to provide us with a distraction from the challenge of actually living meaningful lives. It takes discipline to focus your energies to positive and constructive activities and pursuits. There is a resistance that is created when we consider doing what is ‘good’, because we fear potential failure. It feels easier to avoid this possibility of failing and instead passively submit to the option of distraction and avoidance. We seek refuge in the drama of events as the ultimate distraction. Things like social media have become our master, enslaving us with the constant temptation of distraction from attending to our core needs.

I challenge you to participate in an exercise of cutting back on being hooked in to media sensationalism or the latest drama. Notice the withdrawal you experience in this action. Observe your internal resistance that gets triggered at the prospect of staying with yourself. Become aware of your itching desire for distraction and the attachment you carry to want to default back to such old patterns of behaviour. Notice how often you want to check your phone. These are all hallmarks of addiction and dependency. The object of our addiction, be it your phone checking or your compulsive monitoring of a particular drama, is just that – the object. Your relationship with that object is what is of real significance. Our addictive behaviours that correspond to that object have been made manifest by a pattern of reinforced thinking and habitual paradigms.

It requires practice, repetition and reinforcement of new paradigms of thinking and behaving to produce meaningful change to the way we live. This process of change is proportional to the level of resistance we hold in the face of that change. Fear can either immobilize us into stagnation of our ways, or fear can be the very source that motivates us to generate action toward what we deeply need – to be free. Free of the mental slavery of distraction. Free of the binds of habitual apathy. Free to choose a path of engaging with life rather than blindly following it. 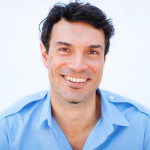