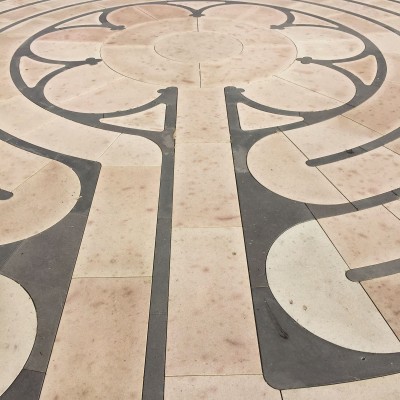 Why is it that when we are triggered by something we can allow ourselves to become so toxic in our behaviour? In this vulnerable state not only can we turn inward on ourselves with self criticism and shame but we can also hurt others in our defensive or aggressive attitudes and behaviours. What is happening to us in this state?

Inherently there is a perceived threat (e.g. to our beliefs of identity) that we are fighting against. This perceived threat is not only what is currently presented, but is also that which we associate with this situation. We conjure up the related and accumulated history of wounds we have experienced and carry and superimpose them into our perception of the situation. Given this compounded and magnified affect of perception, it is understandable how a downward spiral of reactivity may follow.

In this subjective reaction triggered by our perceived threat we can activate our primal response to danger through the process of either the “fight”, “flight” or “freeze” mechanism. In serious cases of trauma or shock there is a more intense fight/ flight/ freeze reaction. In Peter Levine’s book “Waking the Tiger”, he argues that the impact of “shock” trauma equates to the symptoms experienced when the primal “freeze” response to danger is engaged; which correspondingly results in stored trauma in the body due to this immobilization effect. Levine asserts that an effective treatment approach to healing this trauma is not to re-experience the trauma (often only serving to reinforce the trauma), but to shift from a passive state of immobility into an active mode engaged in successfully overcoming the “traumatic entity” toward “restoration of the natural state”.

In our natural state we operate in what’s referred to (in psychobiology) as the “window of tolerance”. This “window of tolerance” is a zone whereby our arousal system, which regulates the body, is at optimal level. When we significantly deviate from this optimal zone (i.e. when we are triggered) we can enter into a state of hyper-arousal or hypo-arousal, both of which are unhealthy states, whereby both the mind (cognition) and body is not coping. The hyperarousal zone is associated with symptoms of increased sensation,  emotional reactivity, hypervigilance,  intrusive imagery and  disorganised cognitive processing. The “hypoarousal zone” conversely, corresponds to symptoms including relative absence of sensation, numbing of emotions, disabled cognitive processing, and reduced physical movement.

This loss of functioning due to being triggered is demonstrative by the mechanics of the brain. The base of the brain (the “brain stem”), which is responsible for survival instincts (i.e. flight, freeze or fight), overrides the higher functioning “prefrontal cortex” (the brain’s “switchboard” that sends messages to the body, and is responsible for perception, motor action, speech and higher processing (i.e. “thinking”). This act of system override results in intense emotions, impulsive reactions, rigid and repetitive responses and lacking in self reflection and the consideration of another’s point of view (see Seigal). In other words, “when stressed, overwhelmed, or trying to deal with traumatic or painful memories the pre-frontal cortex shuts down; it no longer functions. You have flipped your lid” (Siegel and Hartzell).

Correspondingly, the mid brain, where we store and integrate memories and hold fears is also being activated, thus adding to the compounded affect of fueling the trigger with associated unwanted memories and fears.

Its easy to see how with all this going on, triggers make us “lose it”; in many forms – lose objectivity, lose functionality, lose connection. In relationship, when one is triggered the potential to fuel a toxic dynamic becomes even more heightened.

In part 2 of this article a we explore a path to transition from “losing it” to “regaining it”.

Siegel and Hartzell, “Parenting from the Inside Out”
http://www.drdansiegel.com/books/parenting_from_the_inside_out/